I have just examined a 23-year-old male patient who complained of back pain, joint stiffness and being tired all the time. He says he has been examined at the hospital and told that he has ankylosing spondylitis. He was also told that he should have his eyes tested regularly. What is going on?

Ankylosing spondylitis (AS) is a chronic condition in which the spine and other areas of the body become inflamed. AS tends to develop in teenagers and young adults and is two times more common in men than in women.

The symptoms of AS vary, but often involve:

back pain and stiffness

It’s not known what causes the condition, but there’s thought to be a link with a particular gene known as HLA-B27.

AS can cause serious eye problems in the form of iritis, also known as anterior uveitis. One eye becomes red, painful and the patient is very photophobic. It is an inflammation of the iris and ciliary body. Near vision in that eye is blurred as accommodation is affected. The pupil is miosed.

The inflammatory process affecting the iris causes the iris to become sticky and it can stick to the back of the cornea or the front of the crystalline lens.

When the iris sticks to the back of the cornea the touchpoints between the iris and the cornea are called anterior synechia. These may cause closed-angle glaucoma as the iris could prevent drainage of aqueous humour which in turn raises the intraocular pressure. The touchpoints between the iris and the front surface of the crystalline lens are called posterior synechia and may also cause glaucoma by blocking the flow of aqueous humor from the posterior chamber to the anterior chamber. This blocked drainage raises intraocular pressure.

Warn your patient that of the possibility of these signs and symptoms and advise them to seek an opinion from an eye specialist quickly, same day preferably, if they do occur. 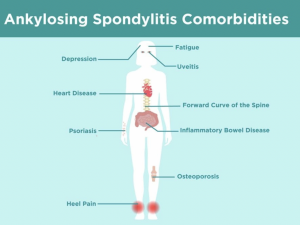