One of my female patients is 13-years-old. She came into the practice wearing a woollen hat on a hot day. She wears daily disposable contact lenses and when I examined her lid margins I noticed that there were very few eyelashes on the upper and lower lids of her left eye. She had normal lashes when I examined her six months previously. She denied any health problems but her mother said she had been very stressed over the last six months because of school pressures. What is going on?

Sadly, this sounds like a case of trichotillomania also known as hair-pulling disorder or compulsive hair pulling. It is a mental disorder in which there is a long-term urge to pull out of one’s own hair to such a degree that hair loss can be seen. For some sufferers, a positive feeling may occur as the hair is removed. Typically the hair is pulled out from the head and around the eyes. One to four per cent of a population is thought to suffer from this condition at any one time and sufferers are 10 times more likely to be female than male.

Your patient has been suffering at school and anxiety associated with this could be the trigger. Her hat may be hiding patches on her scalp from where she has pulled hair out.

Hair pulling can occur in preschool children where it is part of exploration, resolves with time and is considered to be benign. The most common age for the serious form is 9-13 years but it can occur in young adults as well. 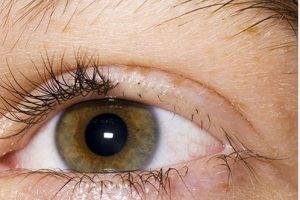